← To publish, or not to publish, a negative review about a female-centric film project
The two obvious problems with the media’s coverage of the Slender Man stabbing →

Does West Games even Internet? 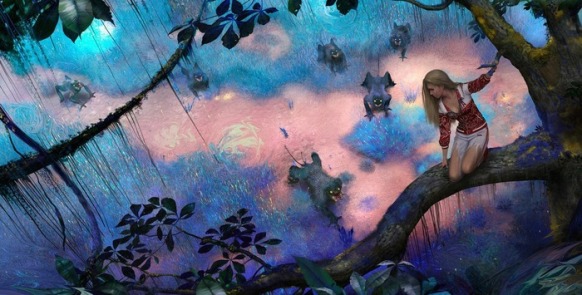 I couldn’t help but notice that every media outlet that accused West Games of being a scam, or illegitimate, failed to mention the indie company is based out of Kiev. Cringe-worthy, I know. I get that West Game’s ineptitude at what appears to be all online media and activity is overwhelming to us Westerners, but that is no excuse to ignore context and plausibility. Are we really going to pretend that the deteriorating relationship between Russia and the Ukraine, where a few months ago snipers were firing on people in Kiev proper, wouldn’t affect a video game company trying to get shit done? Like maybe this is why they are still in pre-Alpha and don’t have any new concept art from this year?

But hey, I am primarily talking about video game journalism here, so I can’t really be that surprised by lack of context. I was shocked, however, by how big of a critic West Games made in Forbes blogger Erik Kain. (Check out hisseries of negative posts about the company, including his latest which urges “backers to get out now” as the campaign may or may not be “a total scam.”) Clearly he hasn’t finished scratching his “West Games sucks” writing itch. West Games PR is so shockingly bad, they’ve driven this blogger into a spiral of distrustful, angry posts about them and made an enemy out of reddit of all places, reddit, who loves the STALKER series!

Unlike Kain (and reddit), however, I am not enraged. This lack of anger allows me to see clearly what West Games biggest “red flag” is, and that is their PR person is a moron. To quote Hanlon’s razor,

Never attribute to malice that which is adequately explained by stupidity”

More on that stupidity in a bit, but first, I personally don’t think the Kickstarter is a scam. I base this viewpoint on my emails with Kim, and I think they will eventually finish their game as it sounds like they have a plan to do so.

Three unpublished paragraphs (too insider for the general VICE audience) supporting why I think they will actually make a game as promised:

On the use of the Unity presets, Kim wrote “many game developers use unity assets and presets to convey their game, with a more prominent example being Wasteland 2, from Inxile Entertainment.” Using Unity presets to show off a game in pre-alpha is not unheard of or unusual. STALKER didn’t have particularly amazing graphics any way.

Kim estimates Areal will be complete in late 2015 with some Kickstarter backers getting Alpha or Beta access if they choose those rewards. West Games plans to hire more people as “development ramps up” to help finish Areal, as their small team can’t handle the ambitious project alone. Kim wrote quite a few local game developers were interested in working with them, before adding “there are a lot of highly experienced video game developers right now who are out of work in Ukraine, and we’re more than happy to employ them.”

This spring, Polygon found most Ukrainian video game developers had been laid off because of the conflict, were considering leaving the country, or had escape plans ready should the situation worsen. “This might be the end of our country, so of course people are looking elsewhere,” game developer Sergey Galyonkin told Polygon at the time. In an email about the physical dangers in the Ukraine, West Games seemed more patriotic than earnest. They don’t have any escape plans at the moment because right now “it’s safe in Kiev!” but were quick to add “we do plan to move over time” though.

Now, back to how West Games doesn’t know how to Internet. They’ve already admitted they were woefully unprepared to run a Kickstarter campaign, but not being good at running one does not necessarily constitute a crime worthy of Internet harassment. If that was West Games only issue, than okay, I’d feel sorry for them.

The Kickstarter fumbling is not their only PR problem, however. Their entire team seems preoccupied with what is going on online rather than getting shit done. They’ve literally spent the bulk of their time since launch of their Kickstarter campaign in June proving they are who they say they are, instead of actually working on their game.

Unpublished quote on all the trolls, critics and haters:

“It has been incredibly difficult,” wrote Kim in an email. “It has definitely affected us from a monetary standpoint,” he added, and “it’s hindered development, but as you can see with the early gameplay teaser, it hasn’t stopped it.”

An example of a West Games troll that got the entire team worked up in to a tizzy:

If their PR person managed to do their job properly, the rest of the team wouldn’t be caught up in all this online drama, and in an “information war” between Ukraine and Russia. With the death threats, online impersonations, and known Kremlin-backed trolls paid to live on and disrupt Western media sites, West Games’ skepticism of all Western press and unwillingness to engage in most online activity is understandable, but unfortunately online engagement is necessary in order to run a successful Kickstarter.

West Games could turn all this negativity around if they were actually honest about their situation and plans, and a good place to do this would be their Facebook and Twitter, but activity on both those social media platforms is practically nonexistent. Their AMA was a ruined opportunity to regain the public’s trust, as instead of actually engaging the community, West Games cut and pasted from their Kickstarter. Of course redditors freaked out and raged. Granted, the inaccurate online sleuthing on reddit reads more like a witch hunt than citizen journalism, but at least the community’s heart is in the right place. Reddit wants a new STALKER game, for crying out loud! By appearing shady and closed in the AMA, West Games added fuel to the skeptic fire and made more enemies.

Finally, West Games doesn’t know how to engage with press online. They’ve been going after media outlets for being critical of their Kickstarter but even if West Games firmly believes these outlets have been infiltrated by the Russians, they need to stop attacking the press. (Forbes quality deteriorated with the advent of their new blogging section, NOT because “of China,” this is known.) Every time West Games denounces an outlet, it gives the outlet’s post more credibility and legitimacy and makes West Games look even more paranoid than they already are.

Besides dissing outlets, West Games needs to stop demanding journalists do things for them, including changing things after an article has gone up. A personal example: Kim emailed me after my post went up asking me to change what video I linked to in my piece, because the new video they just made looks better, completely missing the point on why I linked to the crappy West Games video in the first place. I linked to the first video and called it “shoddy,” so don’t ask me to then link to a video that is not shoddy when I am pointing out how unprepared your Kickstarter game is.
To conclude, West Games needs to fire their PR person ASAP (their CEO Eugene Kim seems to be doing most of that work anyway) and focus more on actually building their potentially supercool game.

Update: This kickstarter was suspended due to West Games violating their rules and Terms of Service. I’m not surprised, given all the dishonest behavior.